Over the last few years, there has been national attention given to the social and racial injustices against Blacks and Hispanics across the United States. As a Black man over the age of 40, the first memory of what I believe to have been a blatant display of an injustice was on March 3, 1991, when I watched the Rodney King video. Mr. King laid on the ground in a fetal position while beaten with batons and kicked in the head repeatedly by Los Angeles police officers who claimed self-defense. 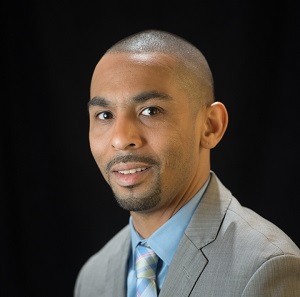 Recently, we were reminded of Rodney King’s injustice, watching the video and trial of the murder of George Floyd. Unfortunately, many victims of injustices are Black and Hispanic. Some of the now household names and incidents that have impacted the nation include Marcus Dixon, Genarlow Wilson, Jena 6, Trayvon Martin, Ahmaud Arbery, Tony McDade, Nicholas Chávez,  Pedro Villanueva, Melissa Ventura, Anthony Nuñez, and Breonna Taylor. Then there are additional victims of injustices such as Elaine Bartlett, Central Park 5, Kalief Browder, Regina Kelly, and Oscar Grant. Their stories have been told via books, documentaries, and even movies. And though this is a short list of names affected by injustices, there are politicians and citizens throughout the United States supporting banning the teaching of critical race theory in public education.

My township of Teaneck, New Jersey, recently renamed the street leading to Teaneck High School, “Black Lives Matter Way.”  A few feet further, the high school named a section of the outdoor bleachers “Black Lives Matter.” The bleachers display the names of those who have lost their lives to an injustice. Unfamiliar with the name Phillip Pannell, I learned of an incident that took place in 1990 which resulted in the death of a Black teenager at the hands of a white Teaneck Police officer. The incident caused days of protests. I was shocked to learn of the incident that took place in Teaneck, a small, family oriented, diverse town located less than 4 miles from New York City’s Washington Heights/Harlem neighborhoods. As a resident of Teaneck, I refer to my block as the United Nations, which represents those of Jewish, Black, White, Hispanic, Asian-American, and LGBTQ+ backgrounds and lifestyles.  We are all neighborly, cordial, and respectful. I would go as far as to say we are family. Impressed and inspired by the steps taken by the township of Teaneck and Teaneck High School, I reflected on the role of higher education institutions and organizations. How can they make advances to support this type of change?

As a graduate of Minority Serving Institutions, I thought about how important it is for these institutions to act on advancing social and racial justice.  Minority Serving Institutions (MSIs) educate the next generation of leaders, advocates, policymakers, and politicians, mostly those of color, who will develop future laws and preside over criminal and civil cases. Historically Black Colleges & Universities (HBCUs) supported, educated, and changed the lives of Marcus Dixon and Genarlow Wilson after they experienced revolting injustices.

Further exploring potential contributions that can be made in higher education to support social and racial justice, I focused on attempted changes that have been made.  Some institutions have centered on minority male initiatives, established cultural competency trainings, changed their names, while others have hired Chief Diversity Officers (CDOs).

Many postsecondary institutions have hired CDOs to create Diversity, Equity, and Inclusion (DEI) plans and to begin necessary work long overdue. Although a step in the right direction, this position is often engulfed in an internal political struggle. Should the role report to HR? the President? What are CDOs duties? At one community college, faculty argued for the position to be housed in academic affairs and controlled by faculty. While at other institutions, CDO’s narrowly focus on resolving Title IX complaints. Today, many CDOs report directly to college presidents, yet often operate with no staff and scarce budgets necessary to make change.

It is time for CDOs to become a partner to college and university presidents to make change resulting in social and equity justice throughout college communities. The position must be respected by all within the college community and should lead DEI work for students, staff, faculty, and administrators. Imagine the change to American society if we fix some of the DEI issues on college and university campuses.

Chicago State University  (CSU), a PBI and my alma mater, does not receive the same amount of funding provided to its peer public Illinois State Colleges and Universities. CSU, like many other PBIs, are often left out of funding opportunities afforded to HBCUs and HSIs as a result of more stringent requirements. It is time for PBIs like Chicago State University and other MSIs to build partnerships, inclusive of Predominately White Institutions, to advance social justice efforts.   Building partnerships can have the capacity to service more students, come with additional resources, and provide lessons on the impact of historic injustices.

In addition to creating funding opportunities and Centers/Institutes for social justice, it is important that curriculum is developed for students to study social justice.  At some institutions, this might be a new social justice degree program while at others it might be expanding existing academic programs to include new minors and courses.

There is much talk across the nation about social justice and the need for necessary change including at postsecondary institutions. It is important that leaders at these instructions who are talking the talk, are ready to walk the walk, executing impactful and lasting change. Changes made by higher education institutions and organizations could have social justice and educational impacts on current and future generations of Blacks and Hispanics nationwide. It is time for other non-profit higher education organizations to come together for social and racial justice change. Imagine the impact a social justice center co-operated by TMCF, United Negro College Fund (UNCF), and Hispanic Association of College and Universities  (HACU) could have on social justice.

Is there a space for more organizations like The NAACP and National Urban League to partner with postsecondary institutions for further growth in social and racial justice? Are there more opportunities for institutions to partner with fraternities, sororities, and Black churches in social justice, racial, and equity advances? Can Chief Diversity Officers be better leveraged to make strides in this important work?

Dr. Jonelle Knox has more than 20 years of higher education, corporate, and governmental experience. He currently serves as Associate Higher Education Officer – Academic Affairs at the College of Staten Island (CSI) and is an adjunct associate professor at Bronx Community College.